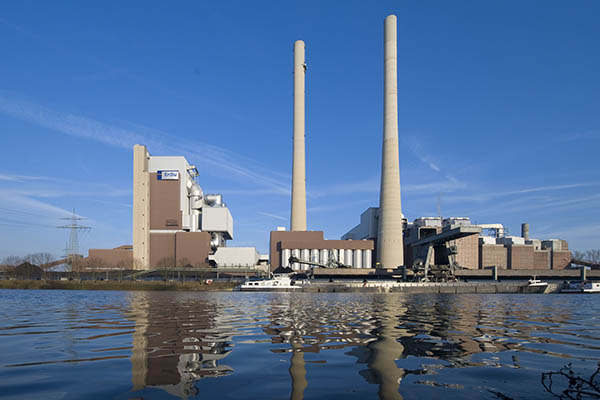 The Heilbronn plant has been generating power from coal for over 80 years, and providing district heating for the past 50 years. The first turbine generator sets went into operation here in 1923, but soon faced competition from the surrounding hydroelectric plants. Following the Second World War, continued service was delayed due to war damage. Planning for a new large-scale power station began in the 1950s, marking the start of a new era. By the middle of the following decade, six power generating blocks had been constructed, the last of which are still in operation today. 1960 saw the power station supply heating steam to a nearby industrial plant for the first time, and construction work on the district heating network commenced a year later. In the late 1970s, the decision was taken to build Block 7, which was one of the most modern and powerful coal-fired power plants in the world when it was switched on in 1985. 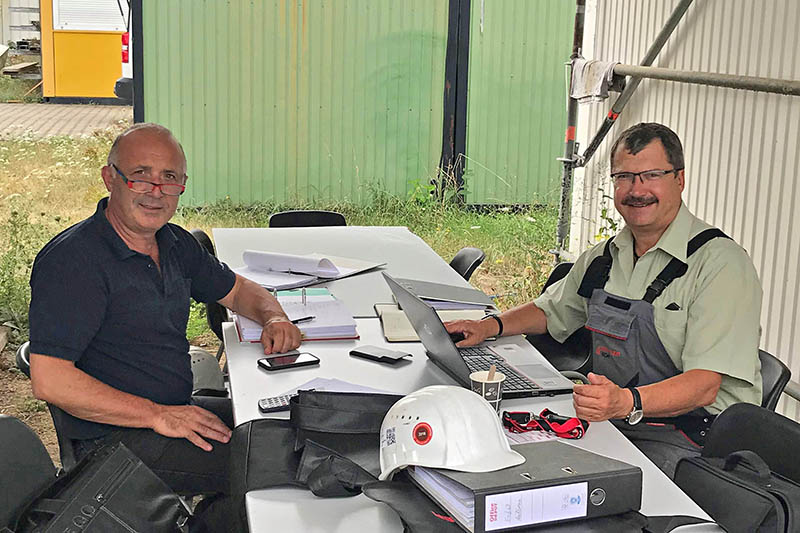 Block 7 is the largest coal-fired unit at the Heilbronn plant. Up to 8,000 tonnes of coal arrive by ship each day and are temporarily stored in the coal yard between the power station and Neckar river. From there, the coal is transported via conveyor belts to the coal bunker and coal mills. The coal is pulverised in the mills and then blown into the combustion chamber of the boiler. Combustion takes place at temperatures of around 1,200 °C. In the flue gas desulphurisation plant, the flue gases are sprayed with a limestone slurry as part of the wet scrubbing process. During scrubbing with the sorbent, the sulphur oxides in the flue gas combine with the lime to form calcium sulphite. Injection of air then causes this to oxidise to form gypsum in the scrubber sump. The gypsum is used in the building materials industry. It is in the aforementioned flue gas desulphurisation plant that Steuler recently renewed the corrosion protection.
5,000 m² of steel surface were re-lined with VULCOFERRAN 2206 material. A further 5,000 m² of steel surface were coated with STEULERFLAKE HT. Various pipes were also re-lined and the tunnel ceilings additionally protected with PP.
At times, there were over 100 installation technicians working on site – and always in compliance with the applicable Covid-19 regulations, which meant holding outdoor  meetings between containers, for example.
The stripping work was performed by Sheram using ultra-high-pressure water jetting technology, technicians from STEULER-KCH Polska Sp. z o.o. were responsible for the coating and lining work and the material was manufactured by STEULER-KCH Materials